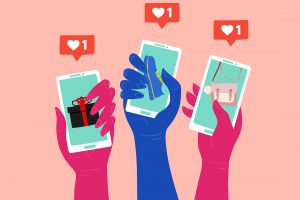 Before diving into the world of influencer-generated content, you must first understand what a social influencer is. Depending on your industry and goals, you can identify a social media influencer by a few key characteristics.

Transparency helps social influencers gain trust online. They gain trust by being honest, keeping promises, and being as authentic as possible.

Social influencers can establish credibility in many ways. They can build credibility by simply showing up for their fans. They post regularly, provide engaging content, and are honest.

True, some social media influencers have small but loyal followings. These influencers typically post or blog about a specific niche, so a large audience isn’t required.

Depending on your industry, you may want to work with a larger social influencer. You’ll reach more people and build brand awareness. Remember that an influencer’s reach extends beyond her Twitter or Facebook followers. Her followers can share her content, increasing her reach.

It doesn’t matter how many Instagram followers someone has if no one listens to them. Social media influencers not only build audiences, but also persuade them to take specific actions, like buying products.

An influencer is someone who has a large following on social media or blogs.

Most social influencers lose their influence quickly if they do not respond to their followers’ comments or otherwise engage with their audience.

Consider the social media activity of the individual you believe to be a social influencer when making your decision. Do you get @ replies when you’re on Twitter? Do you get a response to your Instagram or Facebook comments? Is it possible to find lengthy exchanges of back-and-forth on the influencer’s blog?

The majority of people do not “develop” a voice. The alternative is for them to speak through the computer screen, which results in greater transparency and authenticity, ultimately attracting larger audiences.

As a result, influencer-generated content has emerged as a critical component of marketing success for brands. After following someone on Twitter for several months and then seeing a Tweet that sounds nothing like the person you’ve been following, you’ll know something isn’t right.